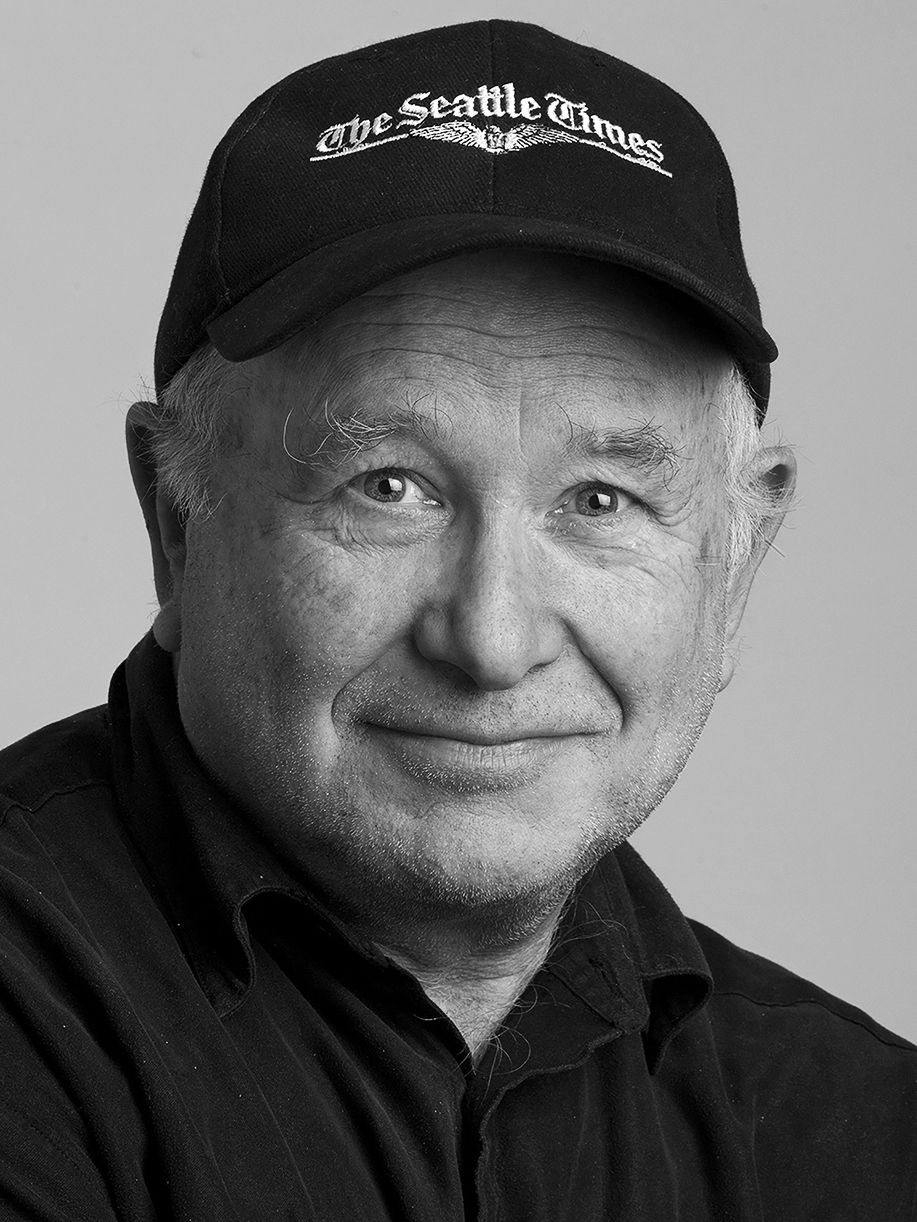 Greg Gilbert, OHS Class of 1964, is honored this year as a Distinguished Alumnus for his nearly sixty years of providing excellent news coverage and service to the greater metropolitan reach of the Seattle Times through his photography.

Greg was active at Olympia High School and, in his senior year, journalism teacher Ernest Anderson coaxed Greg to photograph for both the Olympus newspaper and Olympiad yearbook. The talents he brought were spectacular in chronicling the school in that year. In the fall of Greg’s senior year, President John Kennedy was shot. Greg merged a photo of the school’s flag at half-staff and superimposed this image of the president into the photo for a striking page in his senior yearbook.

Through his years at Olympia High School, Greg had a fill-in situation photographing for the Olympian newspaper and covering a local general news beat. He also worked for the Olympian for a short period following high school. As Greg photographed for the Olympian, he demonstrated his skills with a striking photo of lightning hitting the capitol in 1967. This image got page 3 coverage in the Olympian, but wide coverage nationwide. Dan Evans was governor at the time. With an inscription, he thanked Greg for his work.

Greg went on to work for a short period for the Seattle Post Intelligencer, and in 1967 took a job as a photographer for the Seattle Times where he captured the news of the day, such as the implosion of the Kingdome 22 years ago. Other notable works include photographs of Astronaut John Glenn’s visit to the World’s Fair, actor Marlon Brando and tribal fishing on the Nisqually River. They say a picture is worth a thousand words for what it conveys, and Greg’s work certainly demonstrates the truth in that axiom.

Greg’s photography has won many awards, including two from the Associated Press for spot news and features. He was named Photographer of the Year in 1991 by the National Press Photographers Association and was a photographer finalist for two Pulitzer Awards in 1999 and 2010.

Greg currently lives on a boat moored in Seattle, the Winifred, which was formerly owned by Olympia Brewery’s Adolf Schmidt. 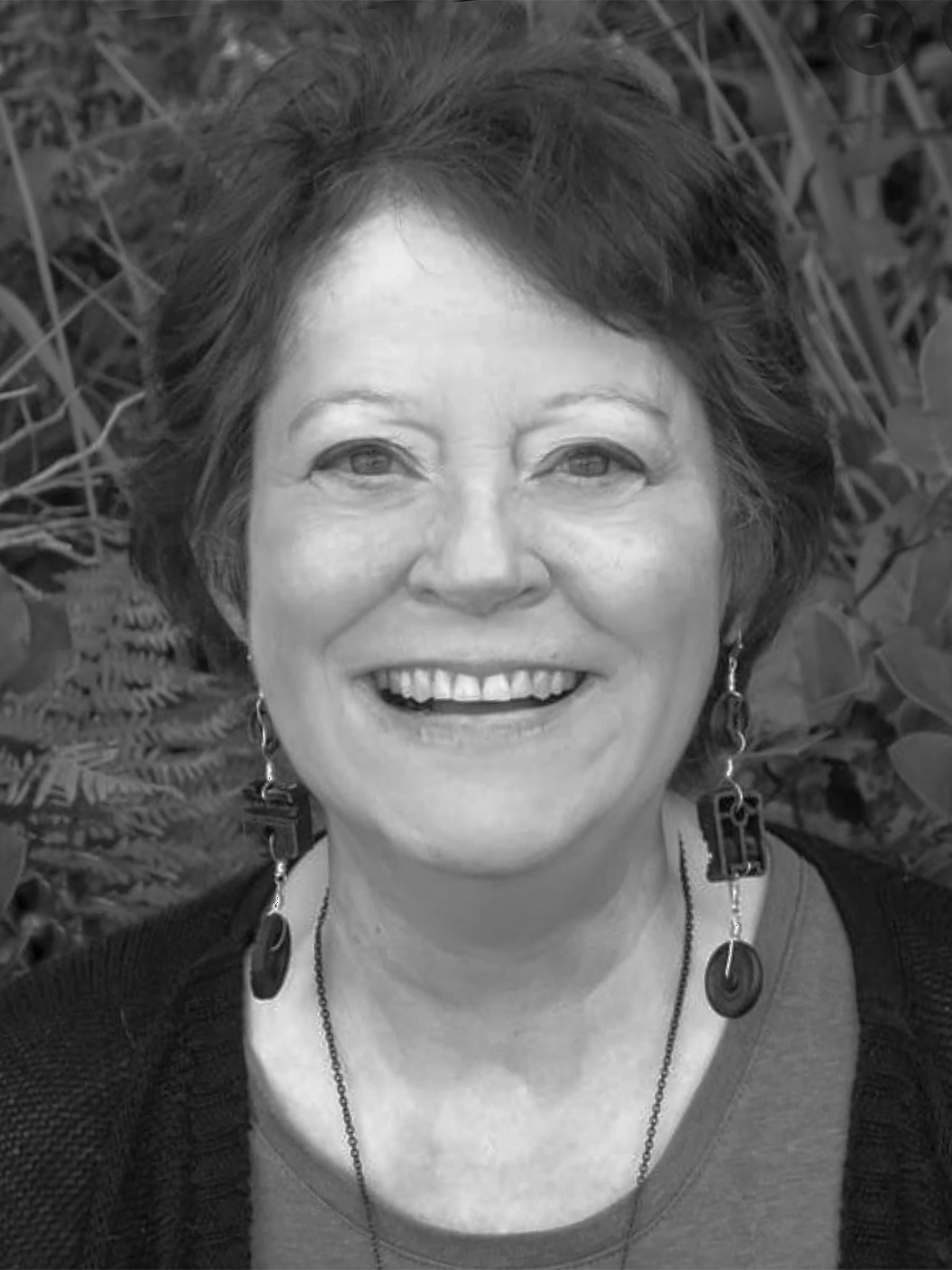 Angela (Haseltine) Pozzi, OHS Class of 1976, was always active as an artist at OHS and was involved in the High Arts Club, the Senate, and outside of school, she participated in dance classes. She is honored as a Distinguished Alumna in 2022 for her great contributions to art education, environmental education, and the greater practice of sculpture art that has touched millions of people.

After graduating from Olympia High School in 1976, Angela earned a Bachelor of Science degree in childhood and elementary education from the University of Utah in 1984. Angela earned a master’s degree in teaching from Portland State University in 1990 and has been an art educator for more than 30 years. She taught art in Portland and Vancouver and owned an art supply store for 15 years.

For 11 years she was the artistic director and lead artist for “Washed Ashore: Art to Save the Sea,” an institute for arts and environmental education. Angela recently founded ReUPit, (reupit.com) specializing in art to save the earth.

Angela is a prolific sculpture artist specializing in transforming whatever gets washed ashore into impressive sculptures. Most of the sculptures are leased for exhibit and tour the country. These sculptures have exhibited to more than 35 million visitors in zoos, aquariums and botanical gardens.

Angela can be credited with no fewer than 85 sculptures in the last 11 years that are on display across the United States and Canada, with such featured locations as Walt Disney Epcot Center and Animal Kingdom, the Clinton Presidential Center, the Shedd Aquarium in Chicago, and the United Nations during its 2017 Ocean Conference in New York City.

Angela met with Secretary of State John Kerry, for discussing the Washed Ashore Project. Washed Ashore was invited to show 9 sculptures in the US State Department for the Our Ocean Conference in 2016. Angela’s work has been featured in the New York Times, the Washington Post, on NPR, PBS NewsHour, Smithsonian Magazine, Audubon Magazine, on Mike Rowe, and in Oregon Art Beat. 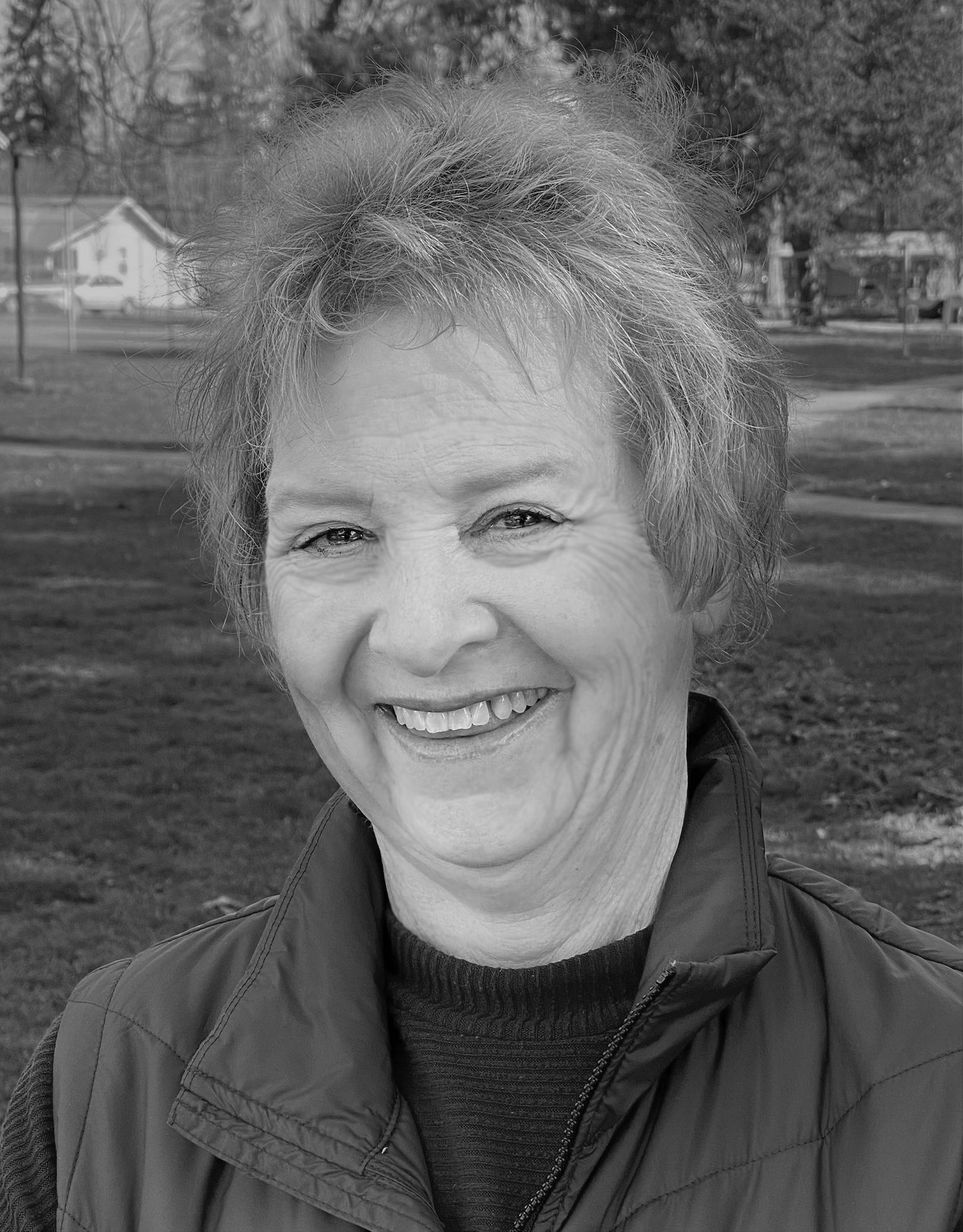 Kathy Dorgan taught Drama and English at Olympia High School for over twenty years. She is a member of the Washington State Thespians Teacher Hall of Fame. Kathy was born and raised as Kathy Dowling in Alameda, California. She graduated from Alameda High School in 1970. She excelled as an athlete in her youth and teen years, and if not for a broken leg she might have taken another path for a career. Her swim coach who was also her counselor suggested that she take drama. Kathy did and never looked back.

Kathy was the editor for her high school yearbook. She was a member of the Quill and Scroll Society. She acted in the senior play, entitled “Life of the Party,” and directed a holiday pageant. Kathy was in Drama Club and read the daily announcements for the school.

Kathy lists credits for more than two decades of directing plays at Olympia High School and in the community to great groups of students and a supporting staff and administration at Olympia High School. She won many awards over the years for the school. Kathy’s production of “The Rise and Rise of Daniel Rocket” won the State Thespian Trophy for Best of Festival during the 2015-2016 school year. Her production of “Guys and Dolls” earned honors as the outstanding musical and for the outstanding director at the 5th Avenue Theater Awards in Seattle. Kathy also won the Best Director award for “Bye, Bye Birdie”.

In addition to serving as the theater director at Olympia High School, Kathy spent every summer since 2003 as the artistic director of the Creative Theater Experience in Olympia. She has been a teaching artist at the Seattle Repertory Theater since 2013. She even participated in the Oregon Shakespeare Director Training in 2013. In 2014, Kathy was chosen as one of twenty national educators to participate in the Julliard Directing Fellowship in New York City where many of her colleagues have gone on to perform on Broadway.